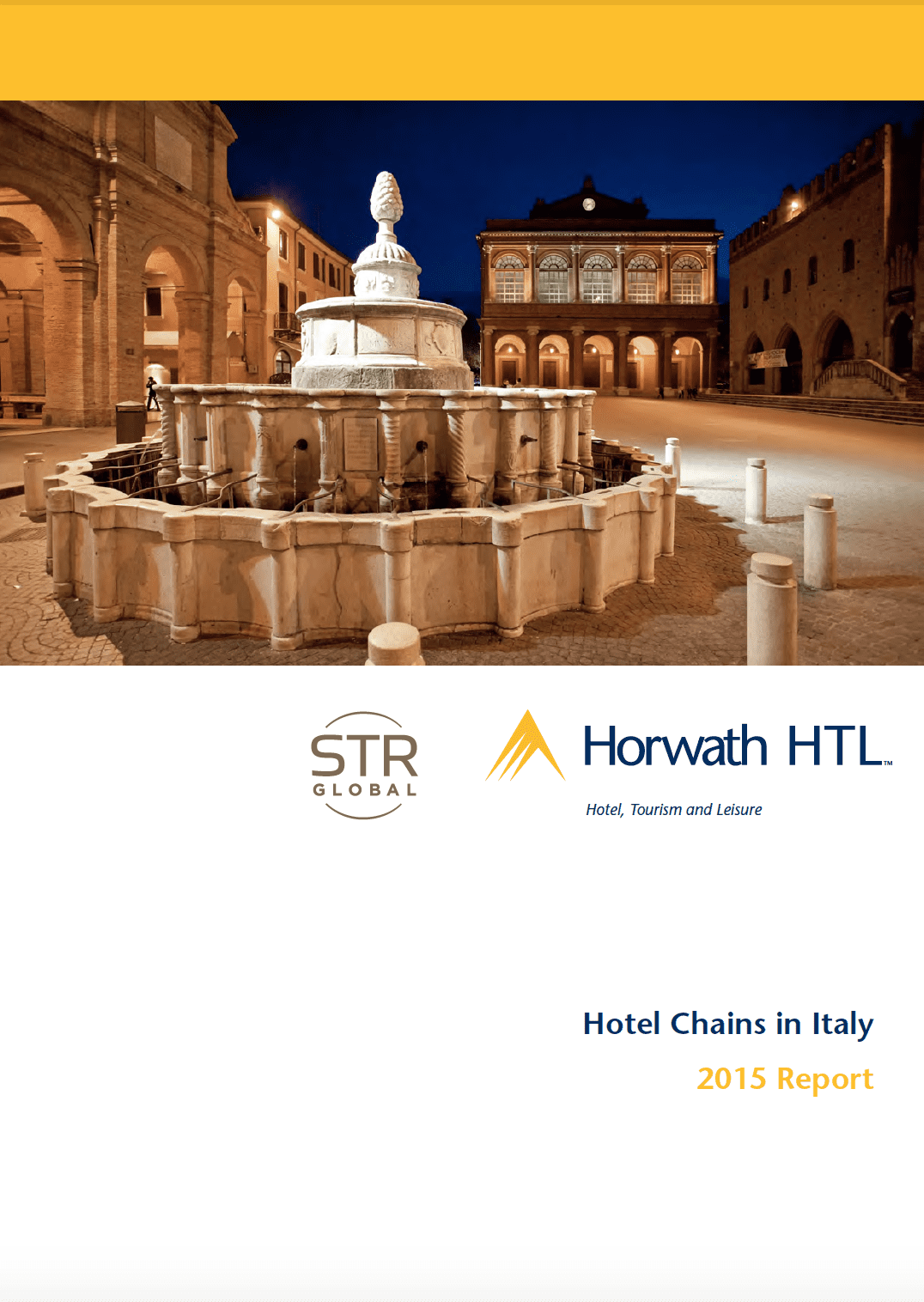 Giorgio Ribaudo of Horwath HTL Italy has written an updated report of Chains in Italy for 2015. The report predicts further growth in 2015 and that in the next 15 to 18 months chains will add around 3,500 new branded rooms to their portfolio in Italy, with increasing focus on the Budget & Economy segment.

Despite a less than ideal business environment, Italy continued to attract interest from chains in 2014, thanks to its stable fundamentals and an increasing demand from international markets.
International chains operate or franchise 509 properties, while domestic chains stand at 729. Based on the total 167 brands, Italy reported nearly 139,200 chain rooms in 1,238 chain hotels in 2014.